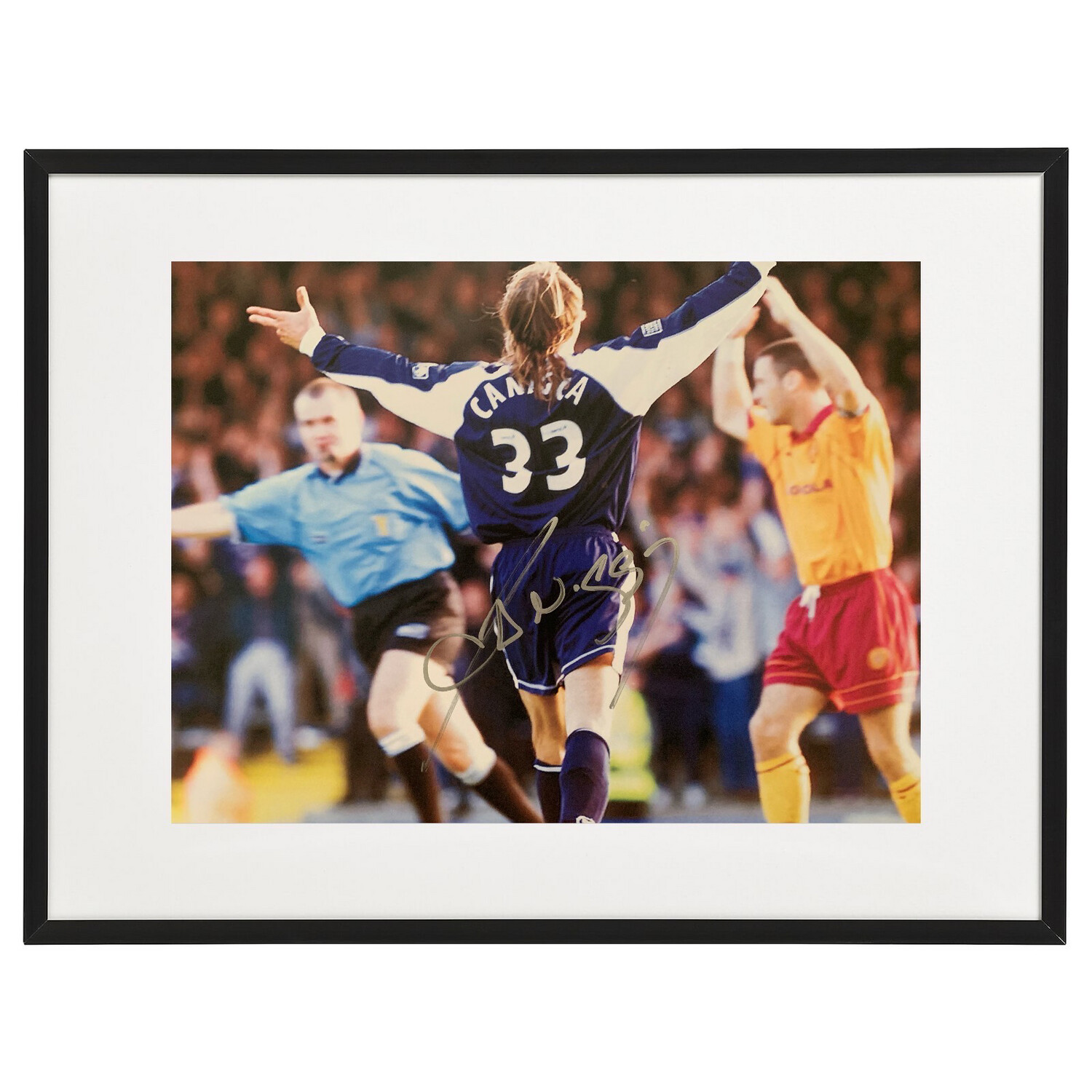 This stunning A3 Artwork print is personally signed by Claudio Caniggia.

This image show Claudio celebrating at Dens Park after scoring on his home debut versus Motherwell in 2000.

These prints were hand signed by Claudio during a private signing session in Dundee in May 2022.